Road construction promotes the development of markets and of some societies, also, encourages unplanned land occupation, promotes socio-environmental change and generates environmental pollution. For Amazonia – with its extensive forest coverage, a vocation for conservation and a wide river transport network – other transport and development models should be promoted that support the conservation and sustainable use of the natural environment, that safeguard indigenous cultures and their rights, and that is based on concepts of equality and equity.

MAP: ROADS IN AMAZONIA
Although a highly important variable for evaluating regional impacts, the relevant information is deficient in terms both of spatial scale and the individual features of roads. In the present report, RAISG has used the best available data for each country, building an information layer with more than 96,000 km of terrestrial road networks. Roads are classified into paved, unpaved, and planned. Trails or service roads are not considered. 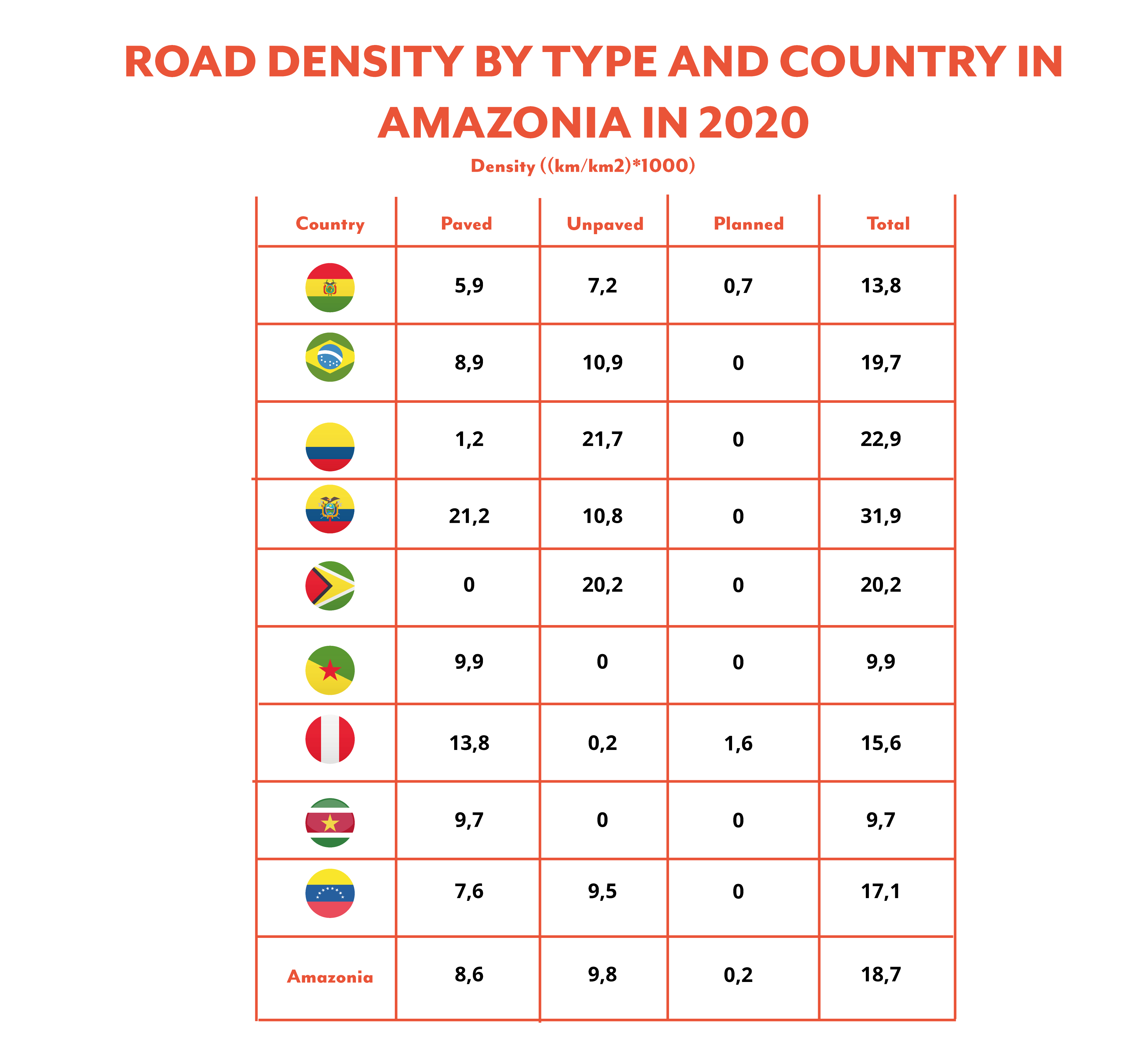 Multiple authors have established that, in the Amazon region, roads have an impact from 5 to 50 km on both sides of its route. Considering an affected area of 40 km on both sides for roads and 20 km for railways, our analysis concludes that road infrastructure has disturbed 4.6 million km2 of Amazonia, equivalent to 55% of its total area, impacting biological diversity and the human populations living there. 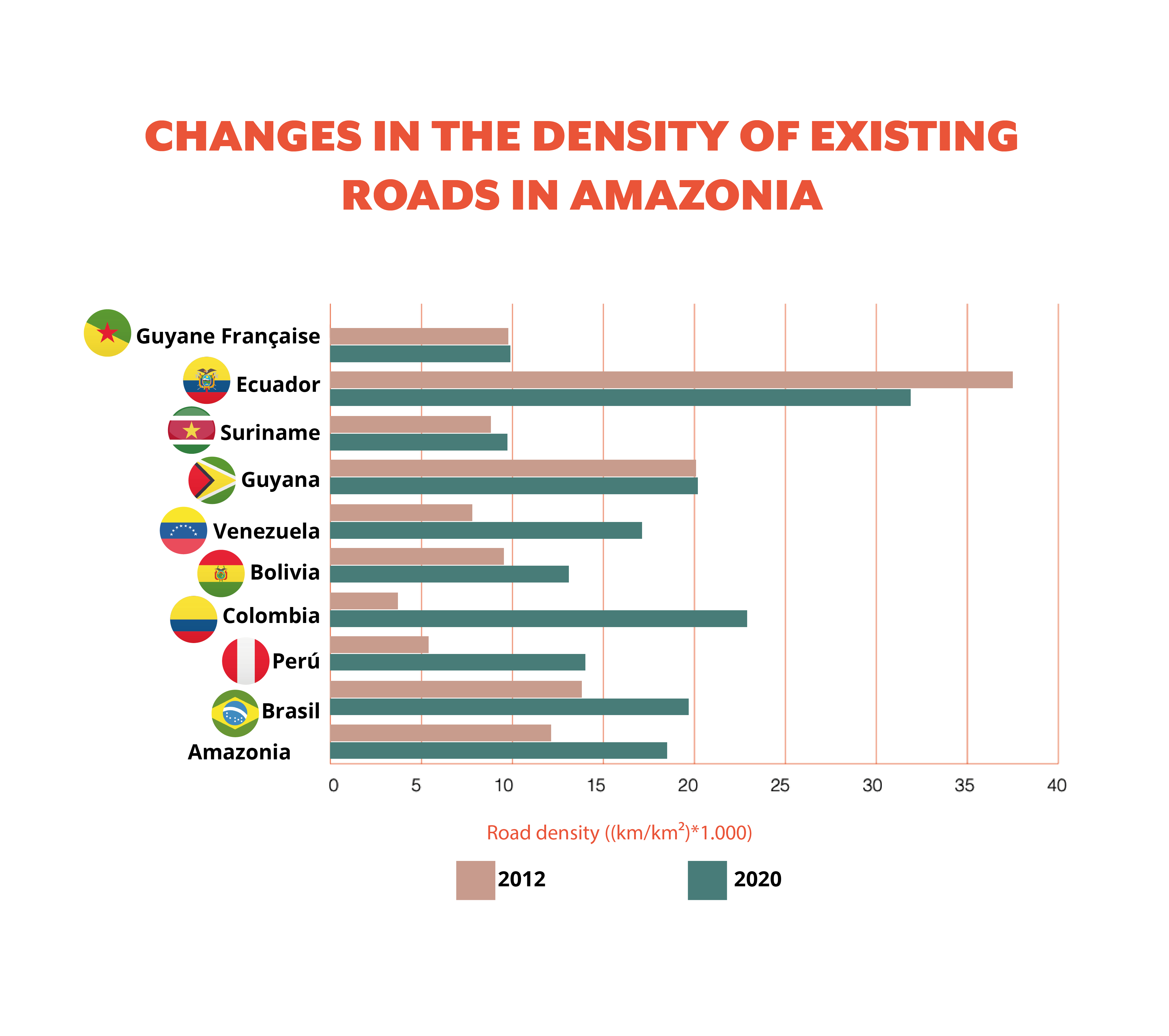