Fire, a tool used for centuries by indigenous peoples in Amazonia without noticeable landscape transformations, has been used on a large scale by other actors in recent decades, which has led to the conversion of vast areas of tropical forests into agricultural landscapes.
The use of fire is a traditional practice of indigenous communities, who regularly use it for tasks such as food production. But the techniques of indigenous peoples mimic natural processes of nutrient availability and circulation that protect species diversity and show a deep understanding of the forest. This includes the selection of areas based on the type of landscape, its vegetation cover, and soil characteristics. The burning period takes seasonality into account since the occurrence of burning in the dry or rainy season is an important factor in controlling fire.

Map: Areas burned in Amazonia From 2001 to 2019
Between 2001 and 2019, 13% of Amazonia was affected by the advance of fire. This area, 1.1 million km², is equivalent to the entire territory of Bolivia. The annual average area affected by forest fires in the region is 169,000 km², which translates into burning practically the equivalent of the area of Uruguay every year, for almost two decades. Of the nine Amazonian countries, the one most affected by fire, in proportional terms, is Bolivia, with an impact that extends to 27% of its Amazonian territory. For Brasil this figure is 17%, for Venezuela 6% and for Colombia 5%. 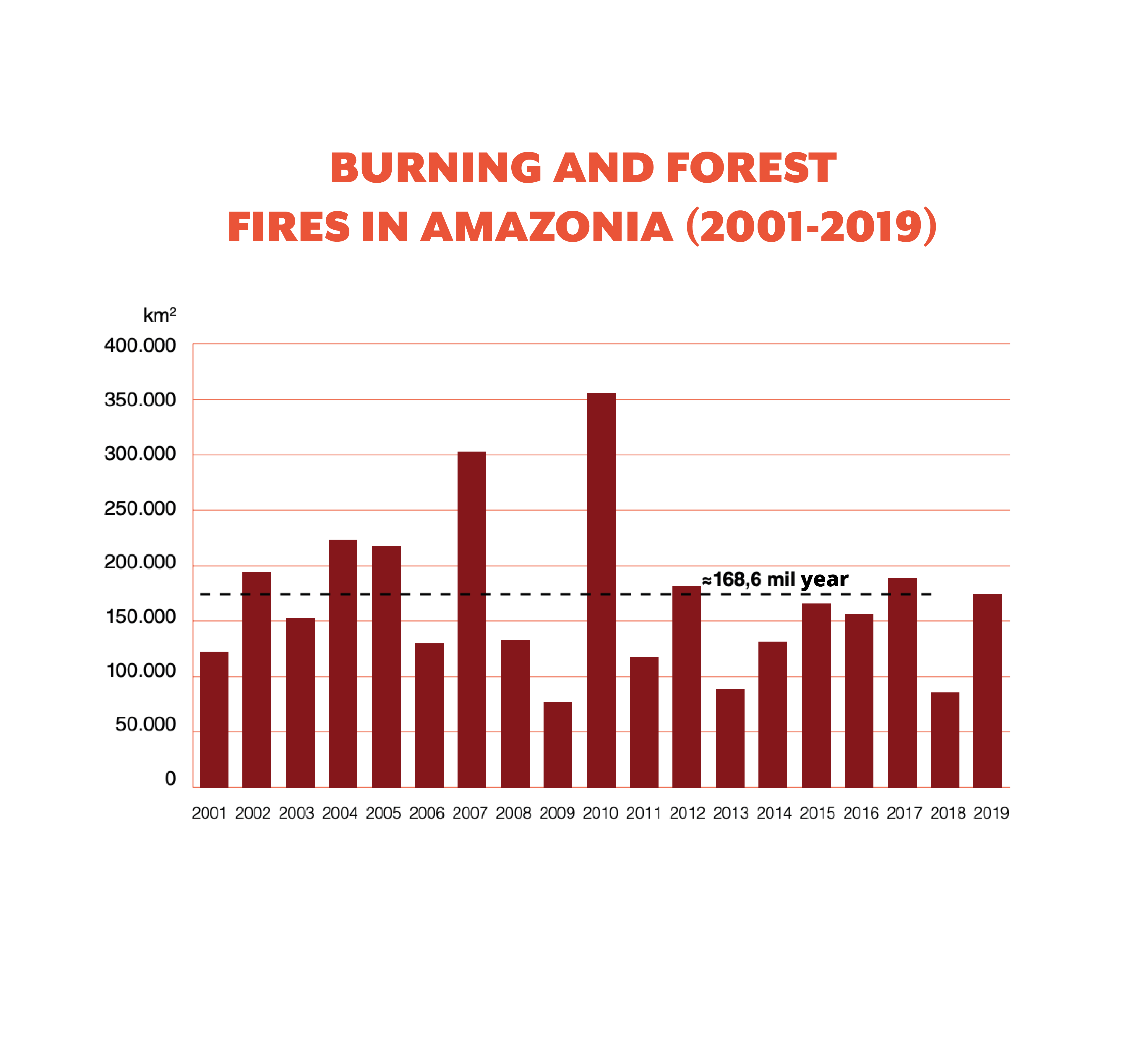 Map: Frequency of fires in Amazonia from 2001 to 2019
In the last decade, occurring fires have been more difficult to control and extinguish, spreading more frequently towards woody formations (forest). Impacts on biodiversity have not been measured but are estimated to be considerable because much of the wildlife is trapped by the flames. In 2019 especially, the extent of the fires in the Amazon region generated an international wave of concern, calling for emergency action to contain the fires that, according to satellite calculations, devastated more than 127,000 km² of Amazonia. 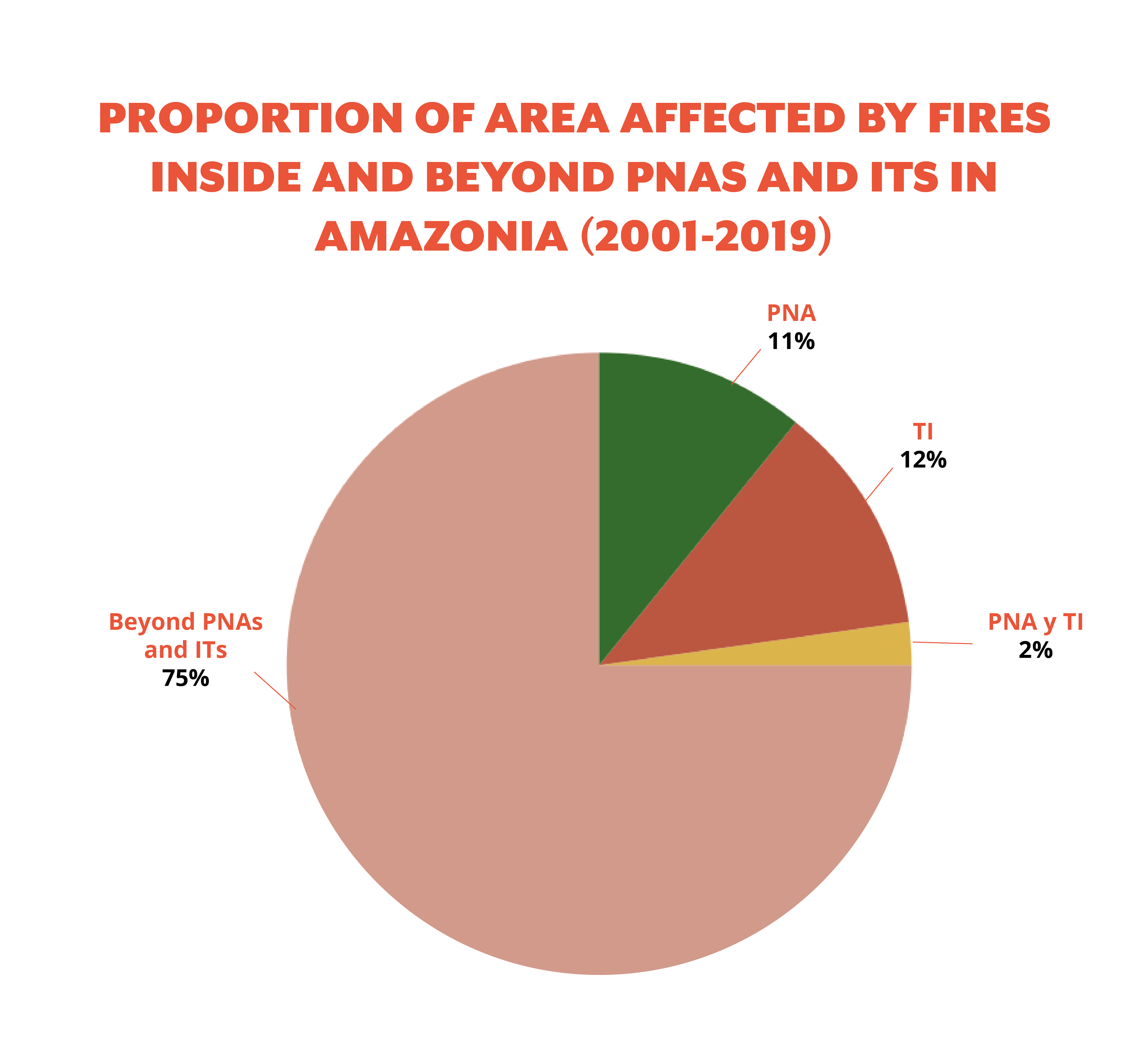 Another trend recorded between 2001 and 2019 was the advance of fire in PNAs and ITs. In this period, about 14% (152,697 km² ) of the area affected by burning corresponded to PNAs, while almost the same proportion (157,553 km²) was inside ITs.
Despite the fact that PNAs and ITs are conservation areas and should be more protected, in the period 2001-2019 fire impacted annually, on average, 26,000 km2 in PNAs (twice the area of Puerto Rico) and 35,000 km² in ITs (an area greater than Haiti). In 2019, fires exceeded the annual averages and affected 29,000 km² in PNAs and 40,000 km² in ITs, with predictable consequences on biodiversity and the indigenous peoples that inhabit these areas.