Map: Agriculture and livestock areas in Amazonia
National policies have promoted agricultural activity in the region without the analysis needed to address negative impacts on the ecosystem and the value of the vegetation cover that is replaced. Incentives from some government agencies to create jobs, without following up on activities to prevent these from taking place in native or protected forest areas, have also favored the expansion of agricultural frontiers.
Other issue that demands attention is migration to the Amazon region in search of space to develop agricultural activities, where inhabitants of the Andean region move to the tropical forest, obtain land under the invasion model and, after planting their crop, formalize their property. This modality took shape after decades of national policies in the region that promoted the occupation of an “empty Amazon”. 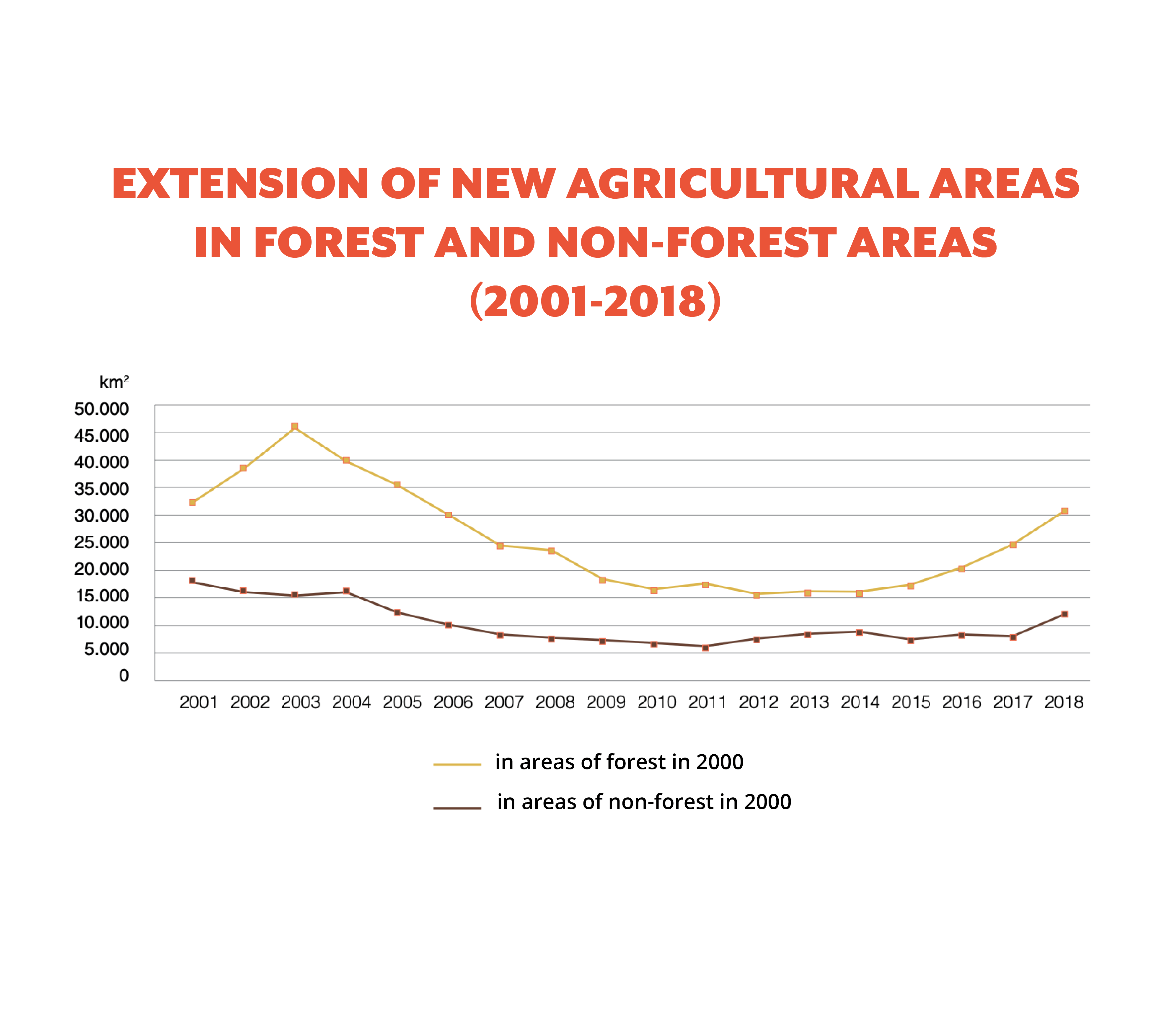 Agricultural activity is responsible for 84% of deforestation in Amazonia, according to an analysis by RAISG and MapBiomas. Consequently, the rate of conversion of these areas follows a pattern similar to that of deforestation: in 2003, 61,667 km² of Amazonian territory were converted into new agricultural areas.
But after this point, the worst in the series under review, a decrease in this rate begins, reaching its lowest point in 2012, with 22,987 km² of areas converted for this economic activity. Since then, the figures have started to rise again, and 2018 ends with an area of 42,789 km² converted to agricultural use. 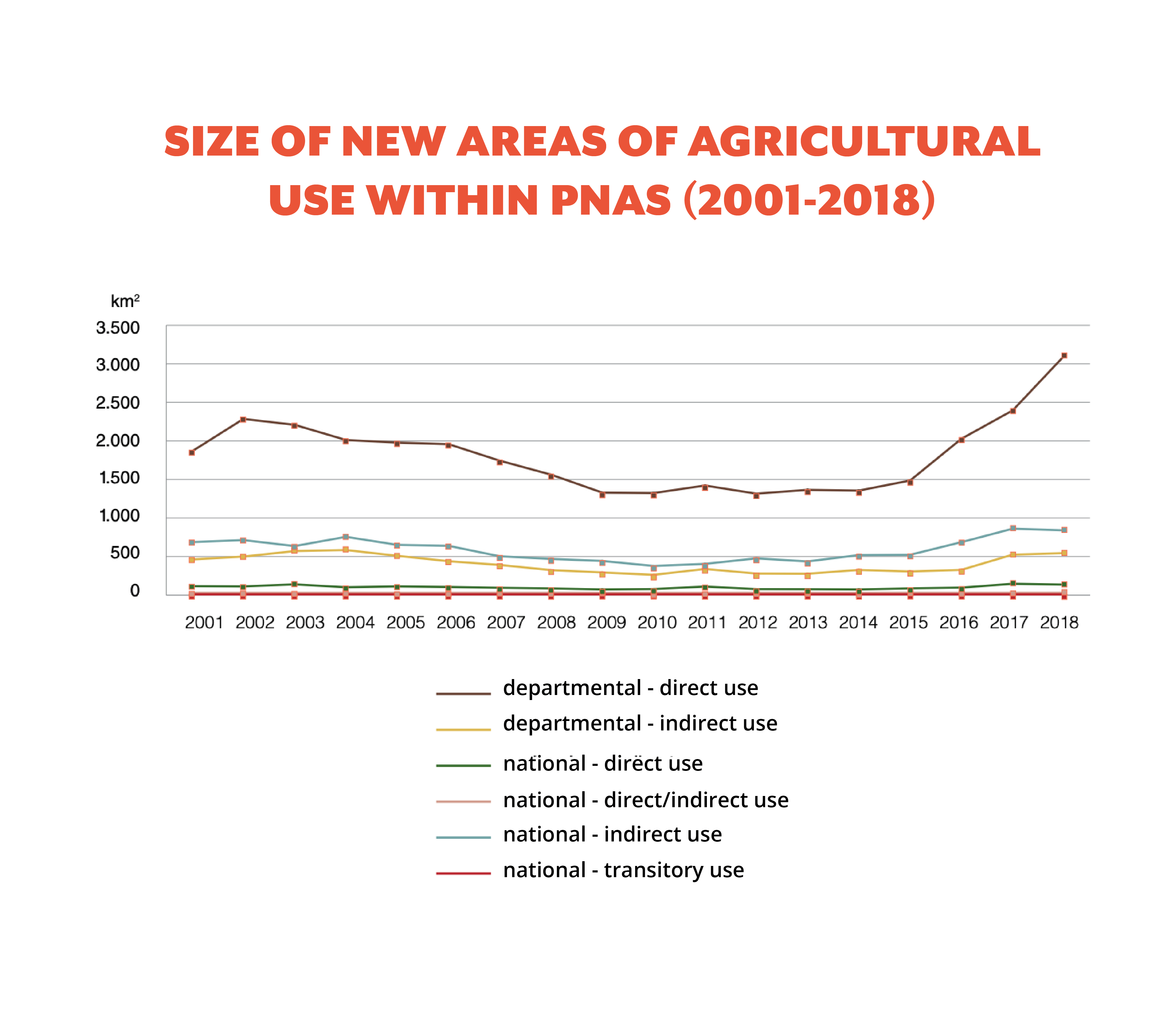 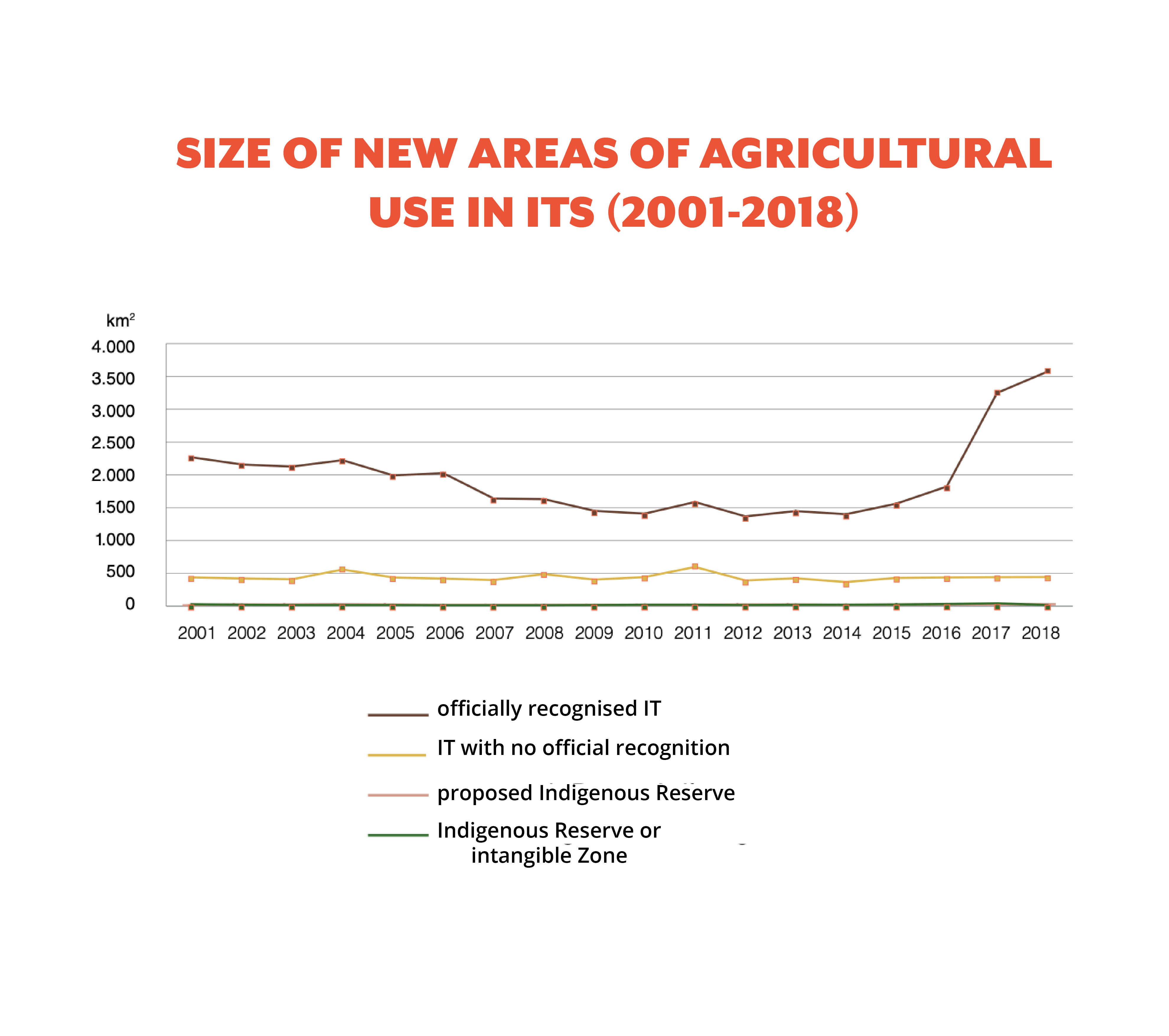 During the same period, the increase in IT was more than 160%, converting 42,860 km2 of these territories into new areas of agricultural use. More than 80% occurred in officially recognized IT. As in the case of PNA, most of these new areas (71%) were forest areas in 2000.