The measurement of forest cover to obtain estimates of changes in biomass and, as a consequence, carbon storage, has become a tool in the fight against climate change. Although they contribute to the calculation of environmental damage, carbon emissions from the forest sector are not always adequately quantified in official figures by countries in the region, where reduction goals and policies focused on understanding and mitigating the causes are also lacking.
RAISG has been working with the Woods Hole Research Center (WHRC) since 2014 on various initiatives to conduct this type of monitoring. In 2017, WHRC scientists warned8 that the net balance of gains and losses in forest biomass in pantropical forests between 2003 and 2014 was negative. In other words, they had stopped being a sink for carbon sequestration and had become a source of emissions.

Map: Reduction in forest carbon density in Amazonia (2003-2016)
The most recent analysis by RAISG and WHRC9 suggests that during the period 2003-2016, the Amazon region was a net source of carbon emissions into the atmosphere, releasing around 1.29 billion tons of carbon (MtC), after calculating emissions and offsets. 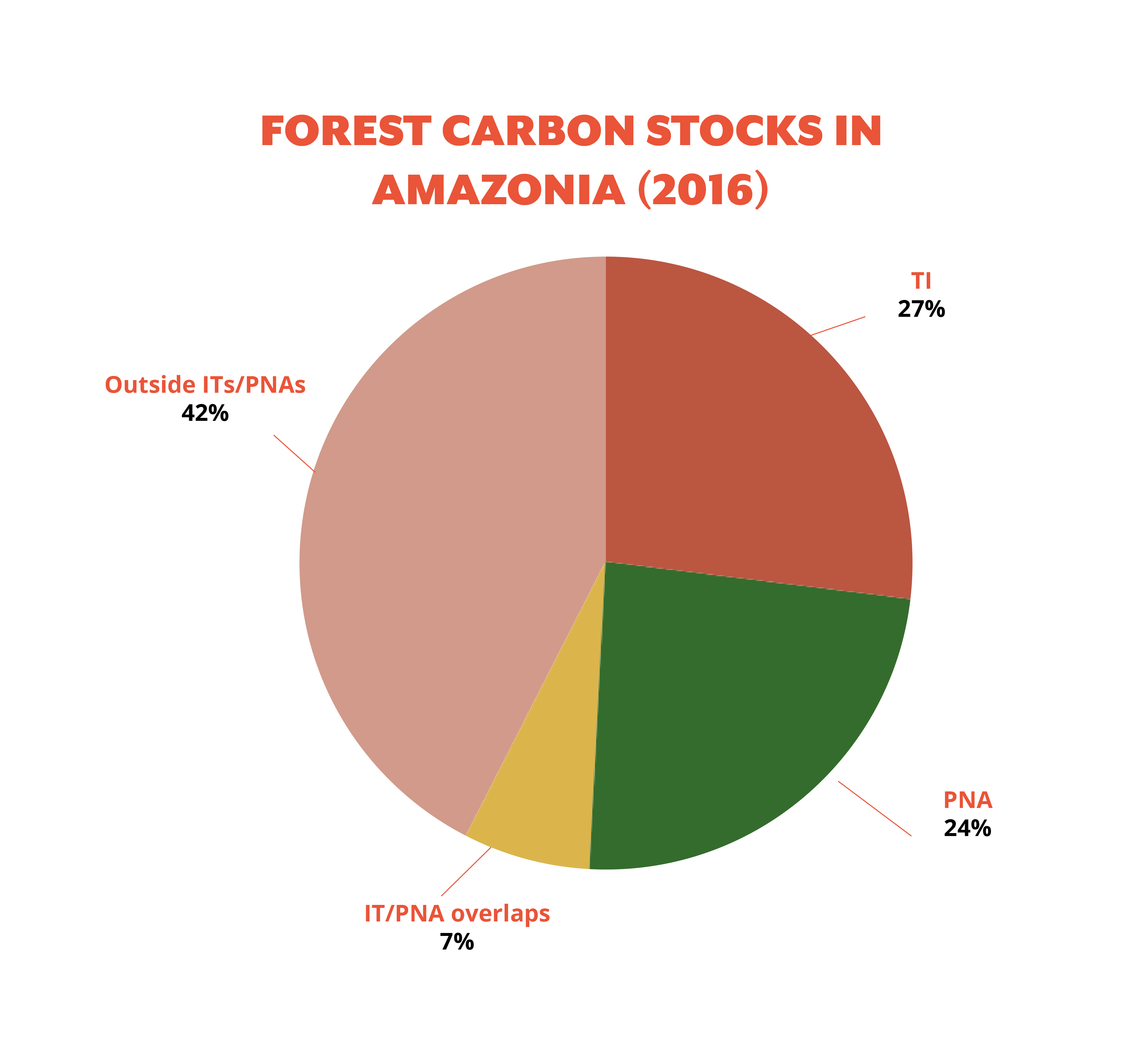 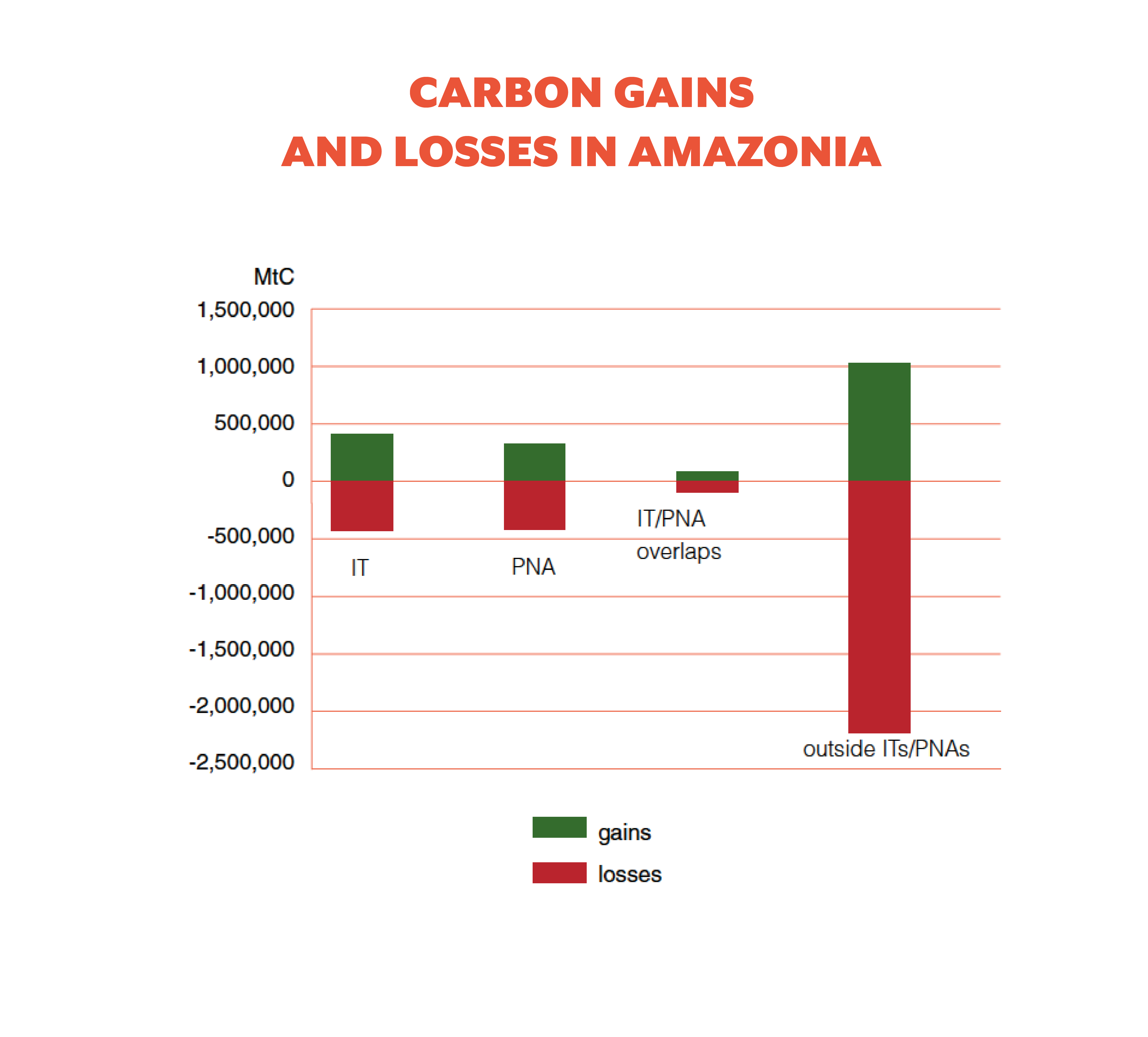 Map: Increase in forest carbon density in Amazonia (2003-2016)
These results reflect the effectiveness of ITs and PNAs in keeping the total carbon inventory intact and reinforce their fundamental role in protecting forests and fighting climate change.
Several studies have shown that these management areas act as buffers against external pressures associated with the expansion of the agricultural frontier, which is why clearly established land rights play an important role in reducing rates of deforestation and forest degradation.

9. Synthesis map of symptoms and consequences in ITs and PNAs