The Amazon basin is seen, by governments and others, as an inexhaustible source of water resources useful for hydroelectricity generation. Most of these infrastructure projects are located on large tributaries of the Amazon River, with the serious result that once in operation they alter the flood regime, an important feature of Amazonian environments. This leads to the loss of biodiversity, land changes, forced migrations of indigenous communities, and decomposition of plant material generating greenhouse gas emissions.

In 2012, a total of 171 hydroelectric plants were reported in operation or under construction, in 2020 this number had increased by 4%, reaching a total of 177 hydroelectric.
On the other hand, a 25% reduction in the number of planned hydroelectric plants can be seen, falling from 246 in 2012 to 184 in 2020. This may be due to socio-environmental political factors or because the projects were discontinued due to a lack of technical feasibility. In other words, the 184 currently planned represent only 38% of those planned in Amazonia for 2012. 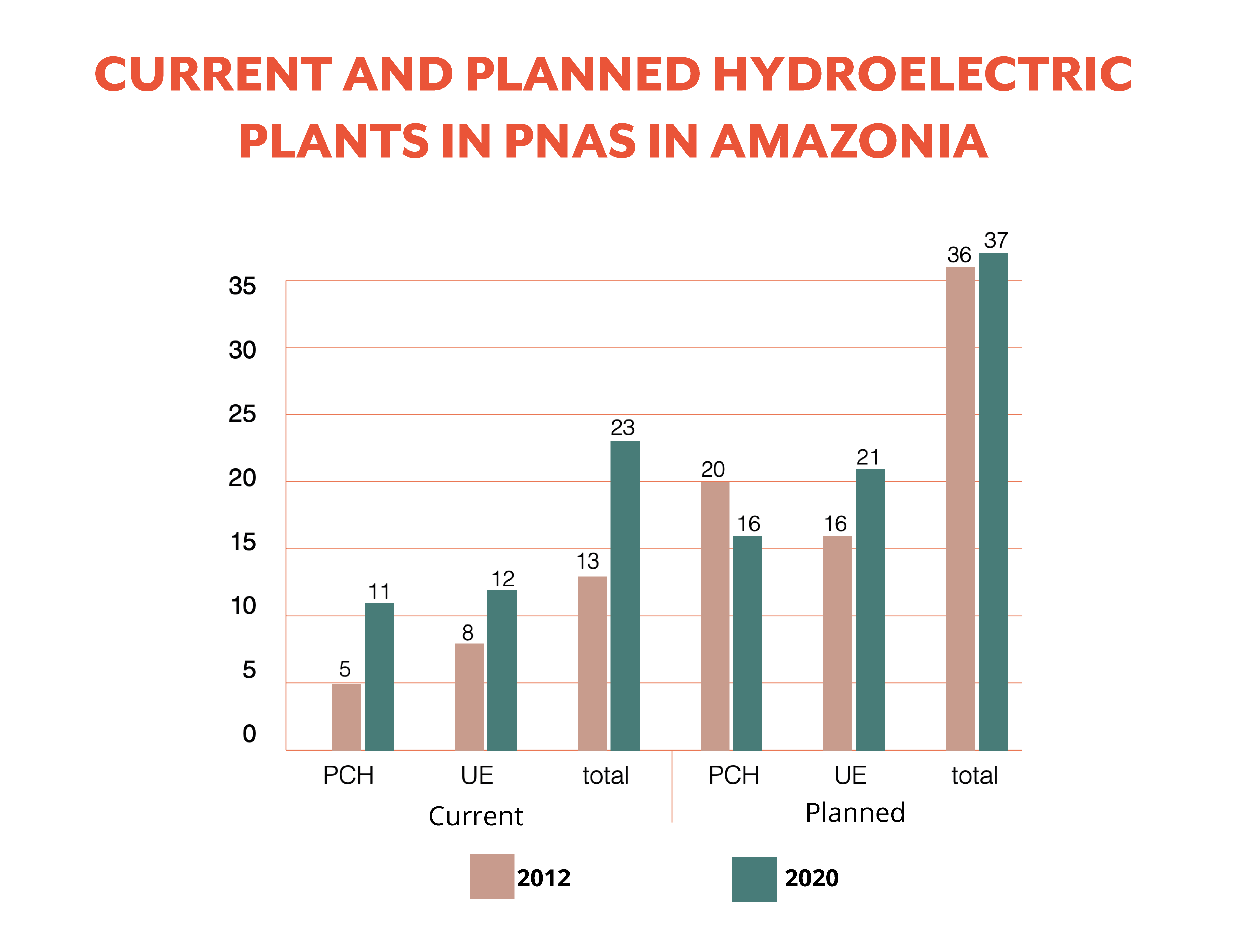 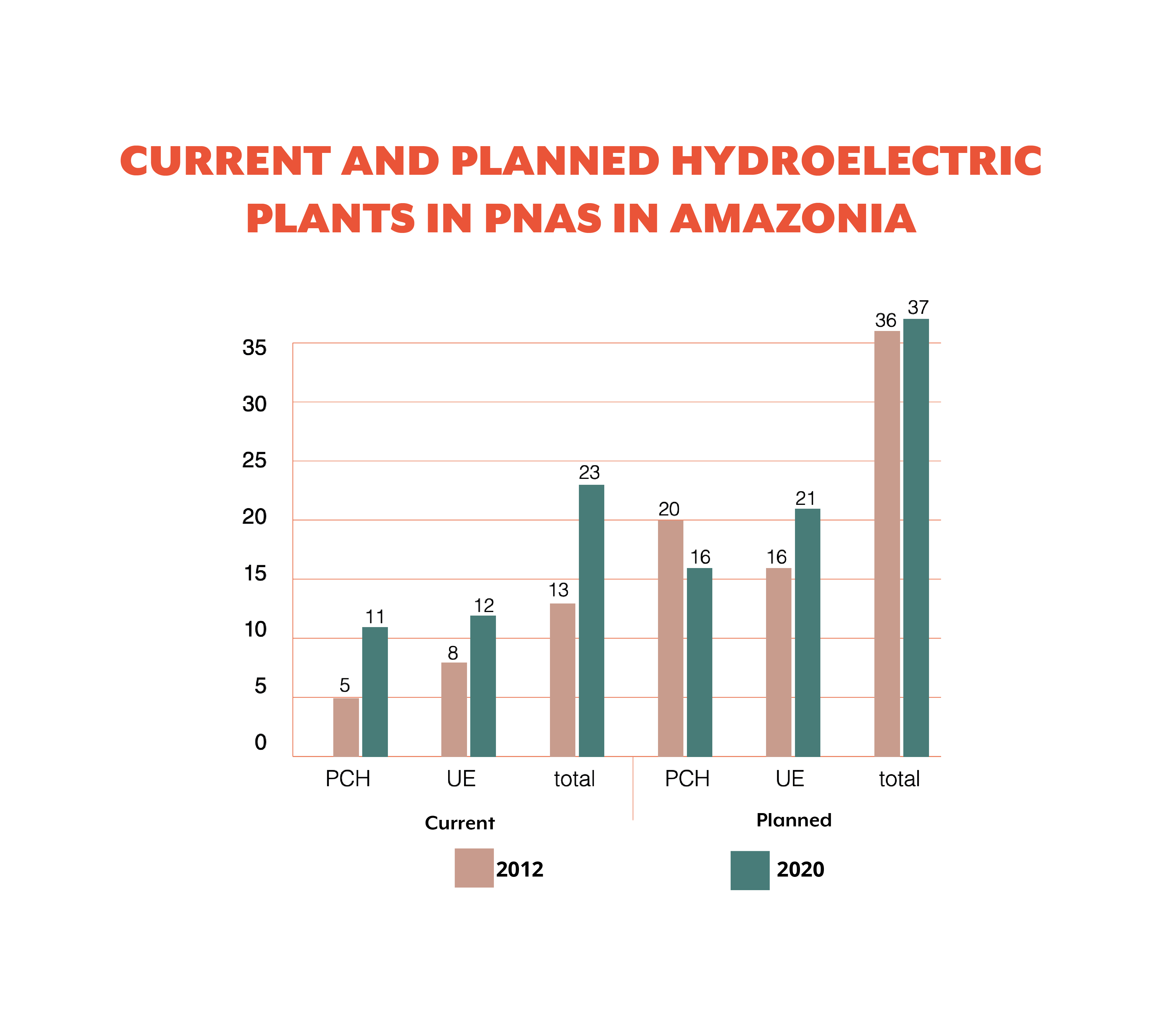 Comparing the total number of hydroelectric plants in IT in 2012 with 2020, there was an increase from 6 to 26, in those currently in operation or under construction, while those planned increased from 10 to 16. 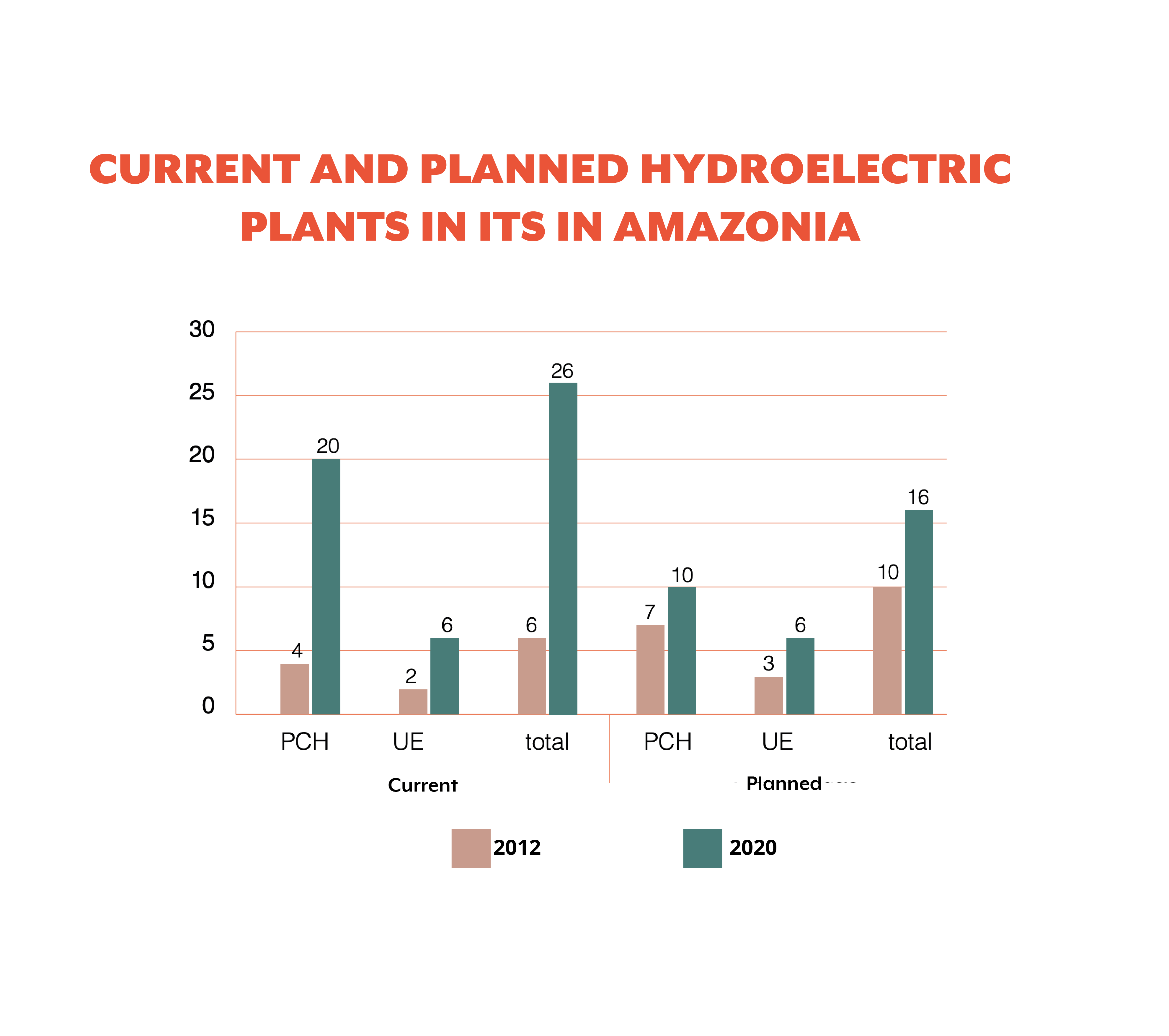 Small hydroelectric plants (PCH, smaller than 30 MW) experienced the highest growth: there are 238 in operation and another 350 projected, while hydroelectric power stations (UHE, larger than 30 MW) have 112 UHE operating and another 133 planned. The latter are the most worrying as they are large projects, some with capacities above 2,000 MW. It is estimated that over the next few years the numbers of this type of project will double.

There are 28 hydroelectric plants in operation in the region with a capacity above 300 MW. The highlight is the Belo Monte plant, the third largest in the world, located in the Xingú river basin in the Brazilian state of Pará, which began operations in 2016 in non-compliance with the mitigation plans for socio-environmental impacts. 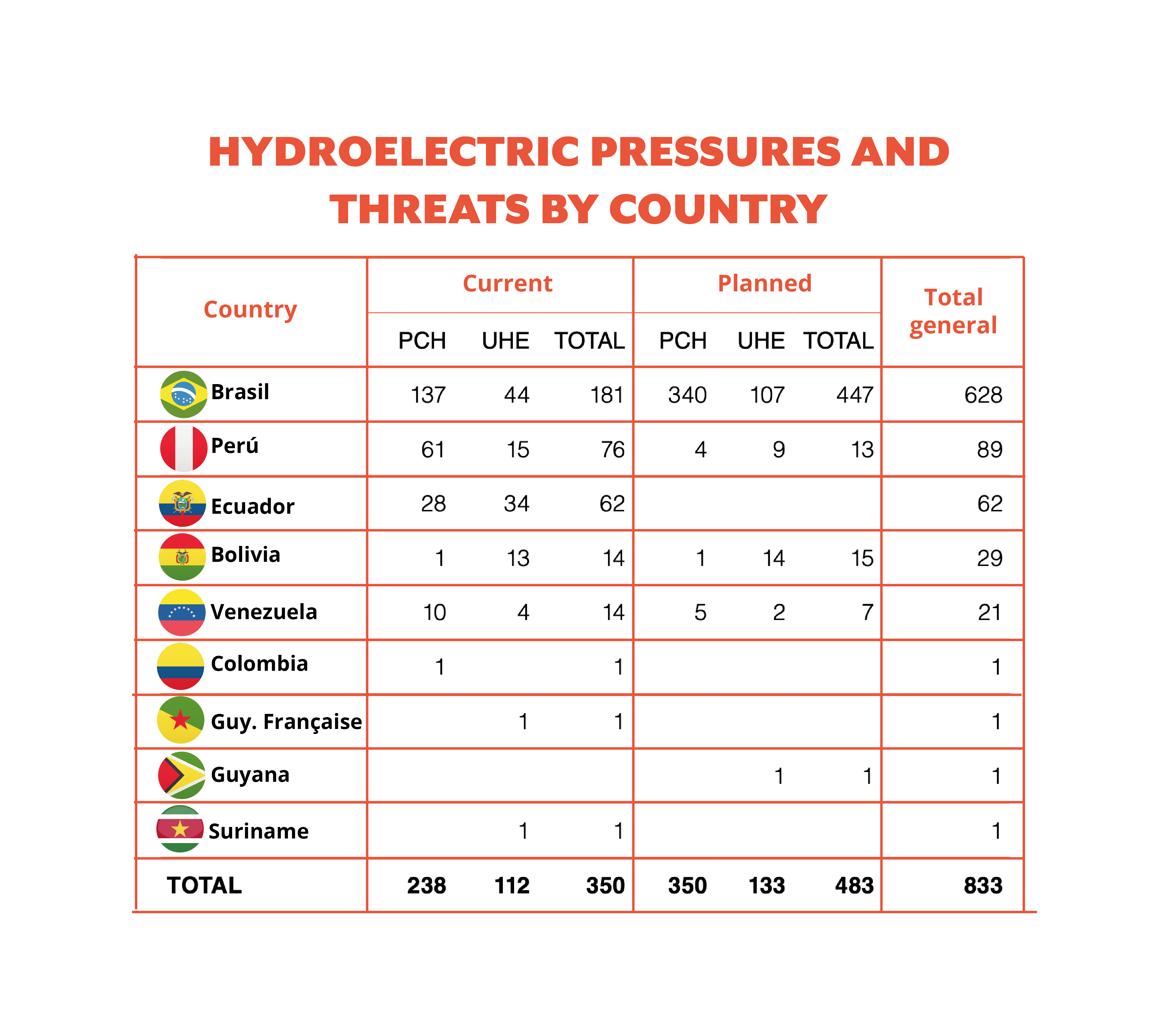 *Medium vulnerability: Basins with high generation of emissions that contribute to the greenhouse effect through the accumulation of nitrous oxide and methane, resulting from the decomposition of trees and flooded vegetation. There are from 1 to 5 hydroelectric plants, one of them a large power station (1 UHE).

*Low vulnerability: Basins that are under threat from hydroelectric plants that will exert strong pressure when implemented. Brasil offers a very worrying outlook, as there are plans to densify hydroelectric plants in various headwaters and tributaries of basins located in the southern and south-eastern Amazon region. In some basins, hydroelectric plants may increase from 16 to 25, and this will be further intensified with the possible installation of up to 10 large power plants (UHE).