The illegal development of mining, especially of gold, affects 17.3% (129) of the Protected Natural Areas and 10% (664) of the Indigenous Territories of Amazonia.

RAISG registered, in 2020, 4,472 localities where illegal mining is practiced in Amazonia, 87% of them in the active phase of exploitation. These activities have important consequences for fishing resources and the health of the indigenous communities, due to the high concentrations of mercury detected. 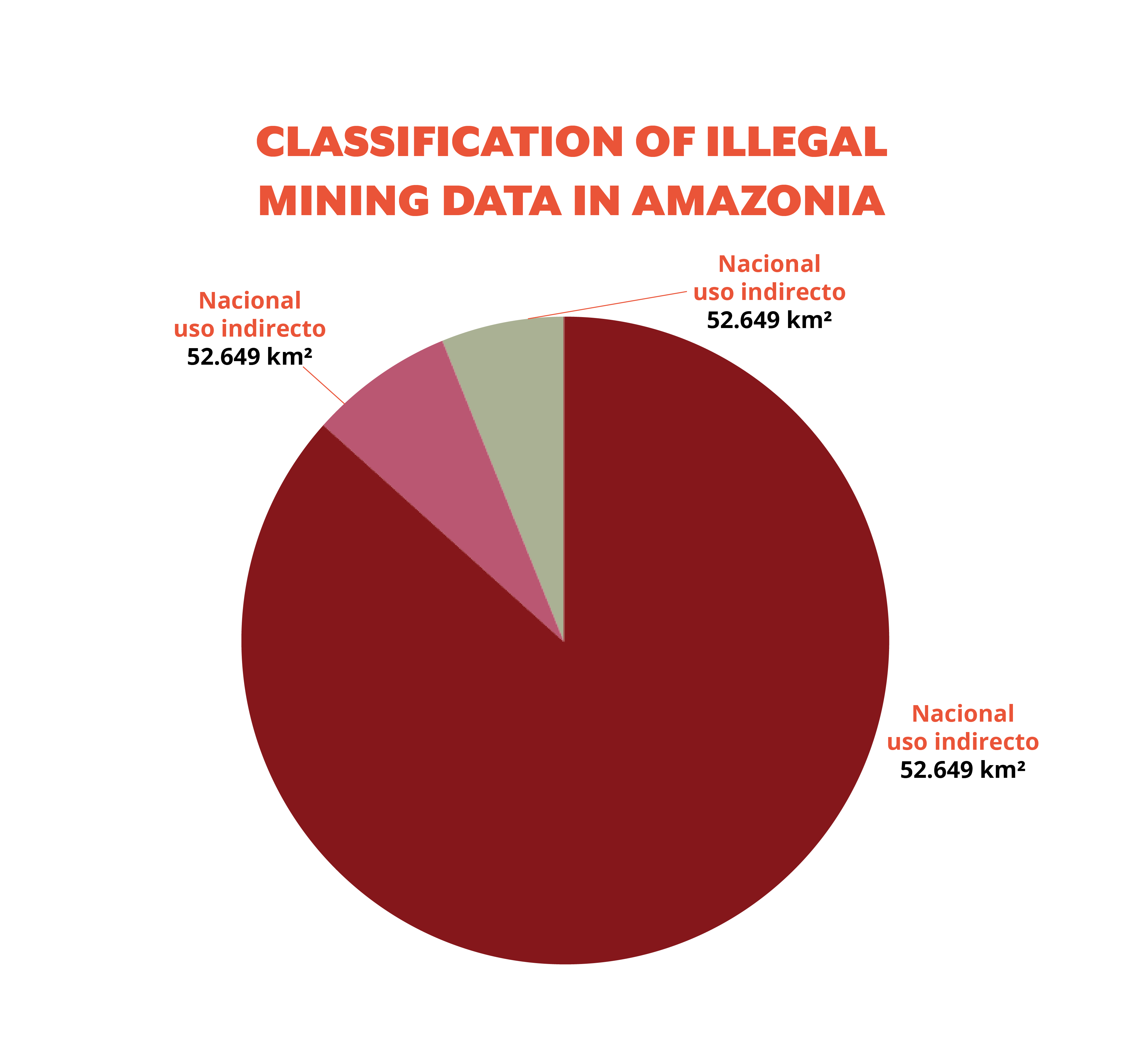 Southern Venezuela has undergone a transformation in recent years, driven especially by the illegal mining of gold, which became the economic wager of thousands of citizens and even the government, following the collapse of oil prices after 2013. After the establishment of the Orinoco Mining Arc National Strategic Development Zone, the region was taken over by criminal and military groups disputing the mines. The illegal practice of this activity has become the main environmental and social threat in the southern Venezuelan region.

Brasil has also seen an expansion of the illegal sector. Among the regions most affected by the advance of illegal mining are the Tapajós River basin, home to the Munduruku indigenous people; the Yanomami Indigenous Land, in which there are an estimated 20,000 miners; and, also in the north, the Raposa Serra do Sol Indigenous Land, which in 2020 suffered the first large-scale invasion by illegal miners since its demarcation 11 years ago.

In Bolivia, illegal mining is concentrated in the heart of Santa Cruz, on the banks of the Madre de Dios and Orthon rivers, and in the Yungas region, one of the regions with high endemism and biodiversity. Gold mining attracts the interest of locals and others, encouraging its uncontrolled expansion in the Bolivian Amazon.
Excavator removing earth and preparing the riverbank while men repair a pump for use as a water jet for prospecting on the Rato River, a tributary of the Tapajós River, Pará, Brasil. Lalo de Almeida, 2018

7. Synthesis maps of pressures and threats